The Loggia conservatory is born out of the design from Renaissance Italy.

This design is inspired by buildings from Italy. In Renaissance Italy they built an extension, often a grand walk-way, to house beautiful works of art. They wanted to have enormous windows divided up by columns running along the side of the extension. The Loggia modern conservatory has taken inspiration from this and adapted it. This beautiful conservatory style works well as a halfway house between an extension and a conservatory without the need for any planning permission.

A Loggia conservatory is built with columns which are not brickwork but in-fill panels which insulate your conservatory, and are quicker to assemble. The columns coupled with the dwarf wall give an Italian feel especially when the framework is in a French grey or sage green colour. The columns are divided up by large windows which, along with the glass roof, make up the conservatory part and let in the natural light. A modern take on a classical design.

The Loggia Conservatory can be styled in the shape of your choice This can be Georgian, Gable, Lantern, T-shape or customised to your own bespoke design. Therefore, it can offer a cost-effective alternative to an extension if this is what you are after. The structural columns are not only aesthetically pleasing they are very strong and can be used to hide drainpipes where necessary, giving a seamless finish. This design comes in a wide range of colours, so you can style it to suit your home. 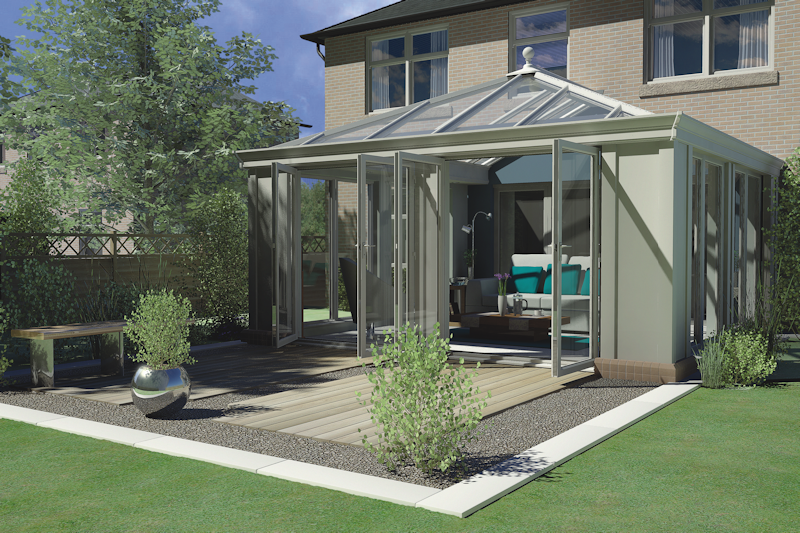