In a Gable Conservatory the roof doesn’t slope at the front but is upright and forms a triangle shape.

A gable-end of a house is where the two slopes of a roof and wall meet forming a triangle shape at the top, this is where this conservatory got its name.

Like the Georgian conservatory this is square or rectangular in shape and maximizes your internal living space. The upright front roof forms the triangular gable, which in turn lets even more light flood into your conservatory. Where you have extra height in a room it can give a feeling of grandness hence a Gable conservatory has a majestic look and feel to it by simply raising the roof at the front.

This feeling of grandeur means it works superbly well with period properties. The era of opulence and magnificence was back in the Georgian times and this conservatory can give you the similar feeling without the extra expense of a Lantern conservatory or an Orangery. Yet this conservatory also works well with a modern house, in fact they look fantastic especially on detached properties.

Academy are here to help you choose the right type of materials, glass and design for your conservatory and your home. 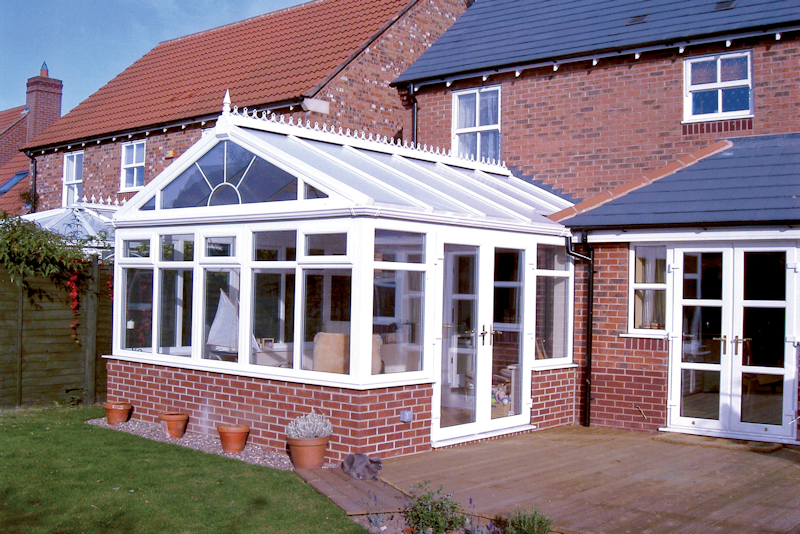